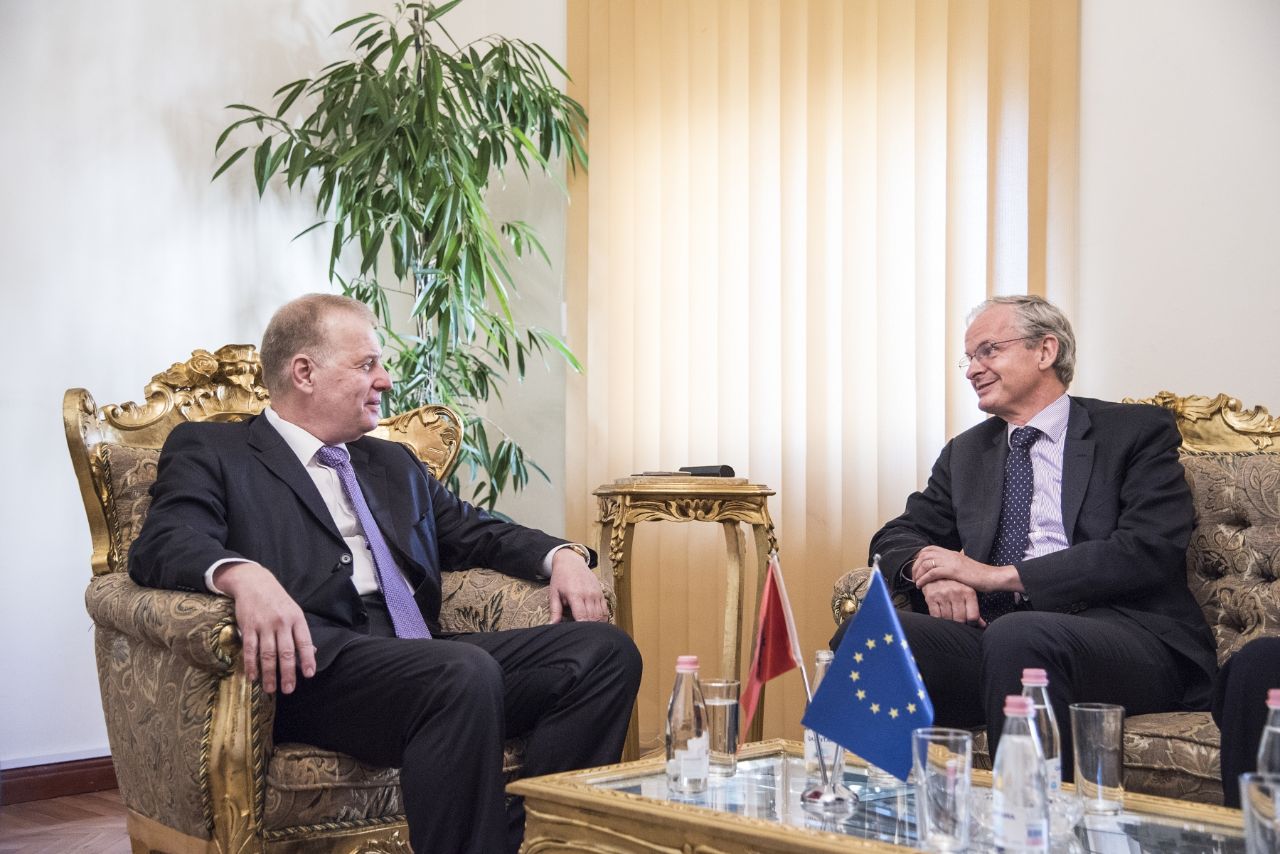 The Chair of the Albanian Parliamentary European Integration Committee Mr. Genc Pollo, met with the General Director for Enlargement at the European Commission, Mr. Christian Danielsson on October 9th 2017 in Tirana.

By expressing Albania’s thankfulness for the given support so far, Pollo told Danielsson that the fulfillment of the conditions set by the EU, such as the fight against organized crime, particularly relating to narcotics, and its collusion with government officials, the fight against corruption, the holding of free and fair elections and the support for the “decriminalization” process, would be most helpful for the Albanian people.

“Especially, when the government appears to be an obstacle and the problem. Speaking the truth and political pressure from Brussels is the best way to help” said Pollo.