STATEMENT BEFORE THE MEDIA BY THE LEADER OF THE DEMOCRATIC PARTY, LULZIM BASHA. 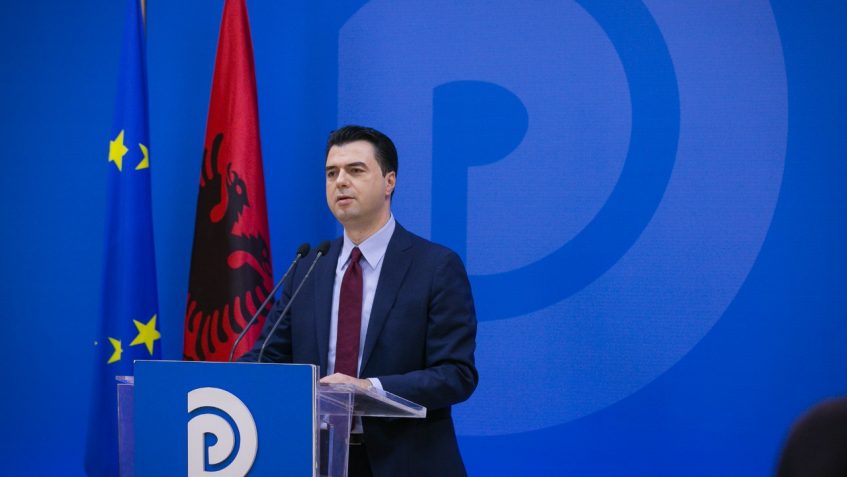 Edi Rama was rejected also by the Socialists today, as they voted less compared to 2015 and 2017. Today’s single-party voting and under a single-party control, represents a unique event that has never happened anywhere in Europe since the collapse of communism.

The Socialist Party was competing all alone today, was voting alone, was counting alone, and certified everything alone by itself. This is a tragic parody for democracy, for the constitution and for rule of law.

Even more tragic, is the fact that even though these voting resembled internal voting in the Socialist Party, they were characterized by massive manipulations, including predetermined results, vote buying, threats to participants, use of public resources and state administration, multiple voting by the same person, filling ballot boxes and other serious violations.

In particular, the regime has exerted pressure and threats on civil servants. Over 150 thousand public sector employees have been threatened of being fired if they do not vote together with their family members. They have been identified and matriculated with a special codification system at all polling stations, to certify their participation in the voting.

The real number of voters shows nothing more than state employees under the terror of losing their job, just as the BILD interceptions have shown, people that were asked to get out voting with their family members in order not to lose their daily bread.

To them I pledge that we will soon be free from this anxiety, from this crime towards you and your children.

Meanwhile, the Central Election Commission, this blind gadget of Edi Rama, violated every article of the Constitution and every letter of the law.

This shows that Edi Rama’s regime manipulates elections, even when he goes to the polls all alone, even when he controls everything all alone. Today’s result proves every accusation we have made against Edi Rama and his government.

Today, it was finally proven that with Edi Rama in charge, there can be no free and fair elections in Albania.

I would like to profoundly thank all Albanians who have rejected massively and refused the farce of Edi Rama regime with disdain.

You did this for yourself, for your family, for your children.

You did this for your freedom.

For our country, Albania and for true democracy.

You rejected the criminal and illegal farce intended solely for cementing the power taken by force, and which would have destroyed the foundations of our society.

You understood that today’s farce would have only deepened the injustice, the pillaging, the oppression, the misery and the poverty.

With this peaceful, but determined rejection, we have marked a historic turning point, a national monument of resistance and civility.

Joined together in this greatest national manifestation of freedom, though scattered around Albania, from the most remote villages to the every square of our cities, with your rejection of today’s farce, you showed the strength of a united nation beyond party politics, in a fight for Albania, as opposed to the regime fighting for Edi Rama’s personal power.

This farce is null, this process is unconstitutional and illegal.

I am grateful that you have responded to my call not to fall prey to scenarios of violence.

You chose to reject this farce through epic mockery, as this farce well deserved.

Today represents a significant moment for our nation. Today, is the day when we all behaved as true Europeans, and rejected the corrupt Eastern autocrat Edi Rama, and his cohort.

Therefore, I want to thank today not only the Democrats and our opposition supporters, but also those traditional Socialist voters who decided to express their rejection to crime’s triumph over Albania, by no participating in this farce.

Albanians clear will today was the abandonment of the illegal monist voting. This, is the only will that counts for elections.

Our task remains to guarantee that this will, your will, will be respected.

Finally, I want to address all Albanians who did not vote, and all those who want change:

This change will come soon. It will be a profound and real change. It will be a change for ordinary Albanians and will directly improve your life.

Today has made that change inevitable.