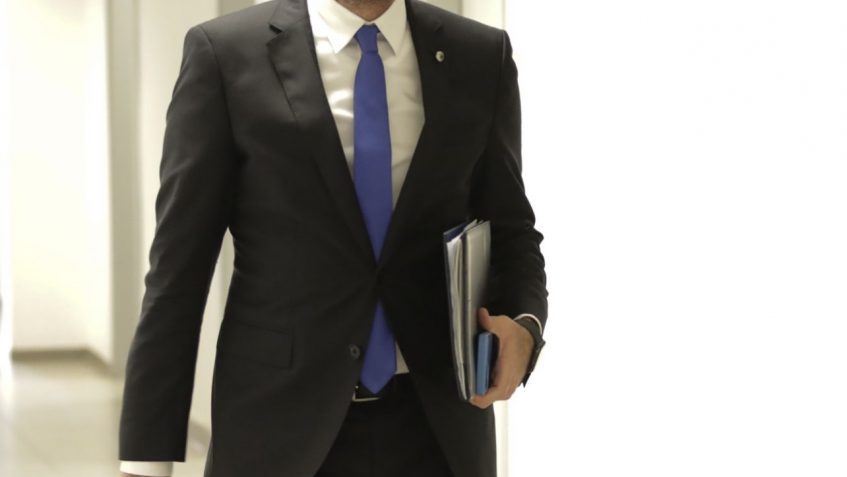 The General Secretary of the Democratic Party, Gazment Bardhi, has reacted after the decision of the Central Election Commission not to register the “Re-establishment Commission” of Sali Berisha in the March 6 elections.

In a Twitter post, Bardhi writes that beyond any political machinations and deception, on March 6 there is only one Democratic Party in the election.

He says that the CEC has just formalized the coalition “House of Freedom”, with only the SMI party of Monika Kryemadhi and the PDK of Nard Ndoka.

“Beyond any political machinations and deception, on March 6 there is only one Democratic Party in the elections. The CEC has just formalized the “House of Freedom” coalition, with only the SMI of Monika Kryemadhi and the PDK of Nard Ndoka as constituent parties. The Democrats have nothing to do with the “Ilir’s House”.

The time when the Democrats took refuge in the “House of Ilir”, for the interests of increasing his bargain with Edi Rama is over! The time to serve the power of Edi Rama through the growth of the SMI with indebted democrats is over. “The Democratic Party is the only home of the Democrats,” Bardhi wrote on Twitter.

We recall that today, the CEC has registered the coalition “House of Freedom” recognizing only two parties as part of it, the SMI and the PDK of Nard Ndoka. Thus, the candidates selected by Sali Berisha’s “Primaries” will be recognized only as SMI candidates.