EU Court of Audit: Albania fails on Rule of Law despite EU support 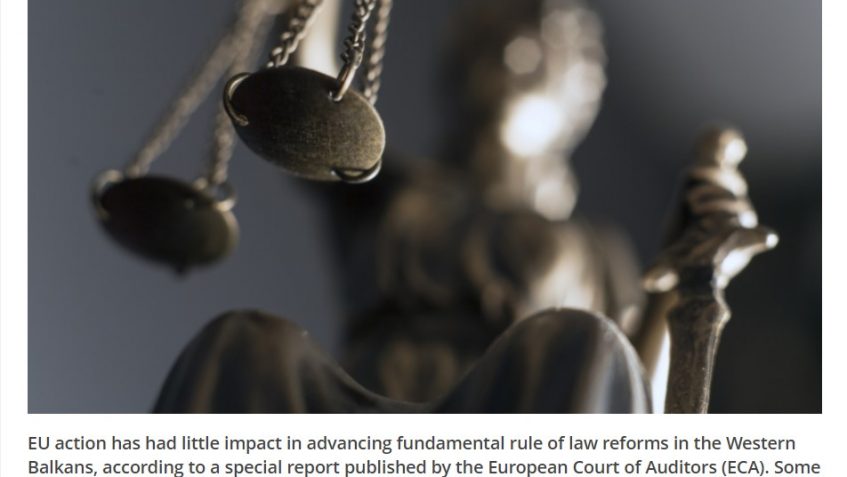 During the 2014-2020 period, the European Union disbursed an amount of 134 million euros to strengthen the rule of law, to improve governance by reducing corruption risks and to support implementation of the country’s inter-sector strategy against corruption. According to the latest report of European Court of Auditors Albania was ranked with the lowest index for the region on governance and rule of law despite EU efforts. ECA emphasize that fundamental problems persist with no improvements on independence of the judiciary, increase concentration of power, political interference and endemic corruption.