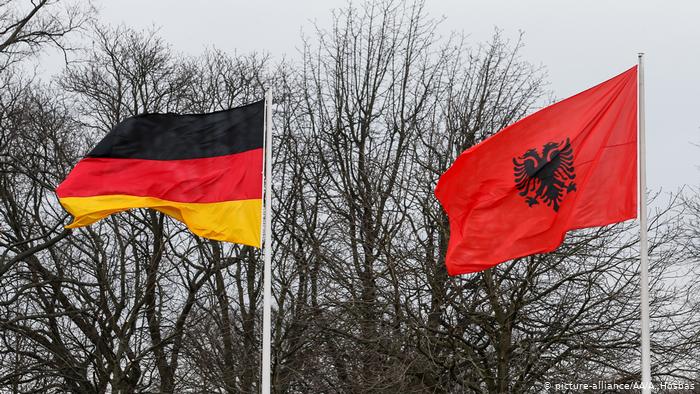 The German federal parliament (Bundestag) authorized the government on Thursday, 26 September, to assent to the opening of accession negotiations with Albania in the European Council meeting scheduled for mid October 2019 (here).

The adopted motion, which was proposed by the coalition parties (here), also expresses concern about a number of problems like the increased narcotics trafficking through the country and the severe political crisis which will make negotiations very difficult if not properly and rapidly resolved through political dialogue.

The motion puts a number of conditions on the negotiations path.

That the prosecution is investigating vote buying underlining that no arrests have been made yet. It calls for swift and broad inquiry that should be conclusive as criminal deeds are proved.

That the legality of the 30 June local elections is not confirmed; a ruling on it by the Constitutional Court is urgently needed.

That proactive investigations, prosecutions and convictions on corruption cases involving senior civil servants and politicians should advance thoroughly and quickly.

That, despite cooperation with German and Italian authorities, Albania’s role in the international drugs trafficking has increased.

Statements and efforts towards Greater Albania could lead to unpredictable conflicts in the region. They must stop immediately. They are incompatible with the EU and must lead to the interruption of the negotiations.

The Bundestag authorization mandates the German government to condition the first EU Intergovernmental Accession Conference with Albania as follows:

1- The functionality of the Constitutional Court and the High Court through the appointment of vetted judges.

2- Adoption of Electoral Reform through an inclusive process.

The second Accession Conference should occur only after the following conditions are fulfilled:

1- Execution of the law adopted in the frame of the Electoral Reform.

2- Prosecution of judges and prosecutors who have been made suspects of criminal deeds by the vetting process.

3- Serious and quick judicial proceedings against those who are suspects of vote buying.

4- The establishment and functionality of the special body in charge of fighting corruption and organized criminality.

5- Solid progress in the fight against corruption, including concluded procedures against senior civil servants and politicians.

6- Tangible progress in the public administration, including checking senior civil servants and directors given cases of complaints and irregularities.

7- A final ruling on the legality of the 30 June local elections; should the elections be repeated, they should be held on the basis of the reformed Election Law.

Opening and closure of chapters must depend on clear criteria.

To make clear that Albania must undertake additional efforts to attain accession criteria, especially in the fields of

Fighting corruption and organized crime, including cooperation of agencies; solid track record in confiscating financial assets in relation to corruption.

To make sure that the Committee and the EEAS report periodically on the progress during the negotiations, especially in these core areas.

To make sure that chapter 23 and 24 are the first to be opened and the last to be closed. The Commission’s action plans should have clear goals and schedule. Their fulfillment is conditional for opening other chapters. Substantial progress in these areas determines the opening and closure of other chapters.

To make sure Albania strictly fulfills the political and economic accession criteria. There is no automated accession.

There should be few transitory periods and exemption from the EU acquis.

To insist on the observation of the Maastricht stability criteria so that it could be part of the common currency after a possible accession.

To report regularly to the Bundestag on the Commission assessment and on its own assessment involving its diplomatic legations.

Opposition leader Lulzim Basha thanked German legislators, especially those of sister parties CDU-CSU, for reconfirming their will to support Albania on her path to the EU:

“The conditions and requests reflect the failures of the government  and not of the Albania people. Especially the new requests for the arrest and prosecution of those involved in vote buying and for the reestablishment of the 30 June vote farce clearly show that the responsibility  for the failure to open negotiations is of Edi Rama and no one else. The decision of the CDU/CSU and the SPD, as well as of the whole Bundestag to condition the opening of the negotiation helps Albania overcome the severe political crisis, to hold free and fair elections and to establish an independent justice able to convict politicians that are corrupt and collude with criminals. The Opposition will certainly give its contribution to accelerate the opening of the negotiations: I promise it the Albanian people and our international partners”.