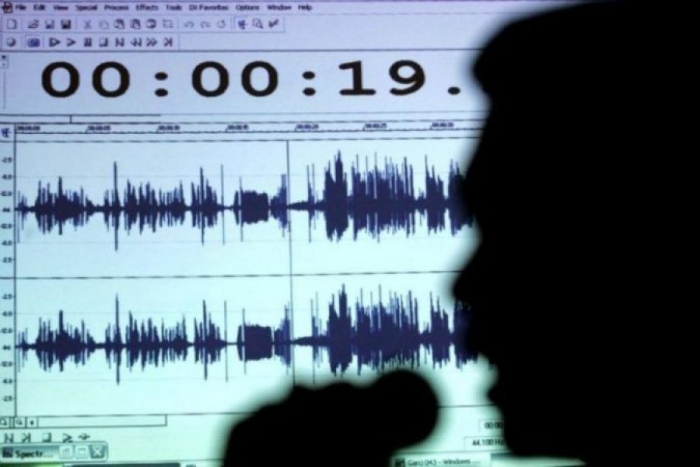 The Democratic Party of Albania filed a criminal complaint to the Albanian Prosecution relating to the partial local elections held in Dibër on 11th September 2016. The filing aimed at vote-buying and offenses such as “rewards and promises”, “threats and violence against participants in the voting process” and “criminal acts committed by a criminal organisation and a structured criminal group”, according to the provisions of the Albanian Penal Code (art. 328, 329, 333/a and 334). The filing was registered as File 184.

File 184 is associated to another important criminal investigation relating to vote-buying and organised crime in the region of Durrës, File 339. In this second file, members of the Avdylaj gang sentenced for international drug trafficking, were involved in vote-buying in favour of the Socialist Party and of the Durrës Mayor, Vangjush Dako, during the 2017 legislative elections (detailed explanation here).

The role of the German “Bild” newspaper.

On June 2019, the German newspaper Bild published a series of Prosecution wiretapped phone conversations revealing how senior Socialist representatives colluded with organised crime in vote-buying during the 2016 and 2017 elections. The wiretaps were leaked from File 186 and File 339 and can be found following three distinct Bild articles (first, second and third).

BIRN, Voice of America and several Albanian media, had published previous reports on vote buying based on these Files. According to their findings, vote-buying and intimidation was widespread also in other regions of the country.

As of File 186, Bild publications show PM Rama, socialist Ministers Damian Gjiknuri and Saimir Tahiri (at the time Ministers of Infrastructure and of Interior respectively), socialist MPs and high local police and education officials, exchanging with each other and with citizens on vote-buying practices in the region of Dibra.

In addition, Ymer Lala, a renowned criminal & underworld figure of the region Dibra, is caught similarly exchanging, with Minister Gjiknuri and other individuals, on how to achieve vote-buying targets.

In all cases, if one refers only to the leaked wiretaps of File 186, it clearly appears that we are facing a well-organised vote-buying scheme as showed by the figure below. Civil servants are threatened with losing their jobs if they do not vote socialist candidates, while citizens appear to be given cash if they vote the socialist list. During the intercepted phone conversations, high-level local Police commanders openly admit they have been in charge of such practices, while benefiting from the impunity, promotion promises and benediction of their line Minister Saimir Tahiri, who now faces drug and corruption charges in court. 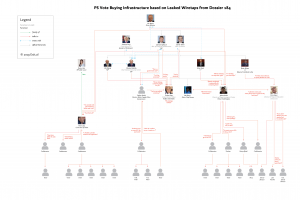 What is the position of PM Rama on File 184?

Prime Minister Edi Rama and the Socialist Party have never publicly condemned or called for the investigation of the criminal electoral activities contained in File 184. Nor his political relationship with the individuals publicly exposed by the leaked wiretaps has ever been affected.

On the contrary, he has openly protected all political representatives who cooperated with organized crime during the Dibra elections of 2016 and were involved in File 184.

Rama has accepted the veracity of the interceptions, including the one in which he is speaking himself on the electoral “targets” following the Dibra elections of 2016.

Nevertheless, he has attacked the Albanian prosecutors who ordered the interceptions and threatened Peter Tiede, the German journalist and author of the Bild publication, that he will sue him in a German court for defamation (here).

On the other hand, referring to File 339, PM Rama has defended the Durres mayor Dako and the allegations that he was involved in vote-buying as meaningless. Rama went on saying that Dako can “run for elections another 500 times” (here).

PM Rama has finally backed Socialist MP, Ulsi Manja, Chair of the Parliamentary Legal Affairs Committee, to complain about the ones who leaked the wiretaps and to call for their criminal prosecution. Manja alleged that opposition representatives got the tapes and provided them to Bild. He also stressed that the content of the wiretaps was of no concern to him and there was nothing for the SP to feel responsibility for. Earlier on, SP officials had claimed the DP paid “dark money” to Bild for the another article Bild published mid-May, pointing to evidences of PM Rama involvement in vote buying (here).

The General Prosecutor ‘dismissed’ File 184 by burying it in the ‘faraway’ province of Dibër.

An unjustifiable politization of the Prosecutorial organ.

Vote-selling constitutes a serious crime (corruption) offence in Albania since 2017. In accordance with the Decriminalization Law, convictions for this offense and other electoral crimes shall constitute also grounds for prohibition from public functions for 20 years after conviction.

Although File 184 constituted an exemplary case of vote-buying and was considered as being one of the most sensitive concerns of the Albanian opposition during the two last legislatures, the Prosecution has not yet made any significant advance.

As there are currently no records of convictions for election fraud neither, the way in which Files 184 & 339 are being managed by the Prosecution has created a public perception of impunity for electoral crimes perpetuated by the socialist majority.

Albanian opposition believes that we are actually facing a deliberate strategy to halt and fail all current investigations relating to these crimes. Such strategy reflects the deep political capture of the Albanian prosecution office and the impartiality of this important justice organ.

Indeed, the Temporary General Prosecutor Arta Marku, once she unconstitutionally assumed office, replaced several times the prosecutors in charge of both files 184 & 339. These changes didn’t bring any advance to the cases, on the contrary.

Instead of accelerating the investigations or explaining to the general public the reasons of the accumulated delays since 2016, on the same day of the Bild publications, the Tirana Prosecution Office announced it opened an investigation on the leak at the source of the Bild revelations. Temporary General Prosecutor Marku expressed indignation for the leaks and demanded their thorough investigation.

The Prosecution also “ordered” Albanian media not to publish the news (here). This was the first time ever that the Prosecution office made such an unlawful and worrisome request seriously harming media freedom.

An unlawful decision of the Temporary General Prosecutor.

Due to its large scope, and the involvement of the highest political figures of the ruling socialist majority (up to PM Rama himself), the main concern relating to the successful investigation of File 184 related to the Prosecution ability to preserve its independence and full commitment.

Unfortunately, due to the capture of the Prosecutorial organ through the unconstitutional appointment of a Temporary General Prosecutor, the socialist ruling majority achieved to unlawfully “bury” the investigations by transferring it from the national Serious Crimes Prosecution Office (SCPO) to the Regional Prosecutorial Office of Dibra.

While the SCPO has all the legal expertise, the technical and human resources to dig through more than 60 CDs with thousands of intercepted phone calls, the investigation of more than 20 senior politicians, including ministers… the Dibra regional office has only three prosecutors and extremely limited resources.

The SCPO led by Donika Prela declared non-competence on File 184 since it did not consider the case to relate to “a structured criminal group” (as in relation to article 333/a). By declaring its non-competence the SCPO has practically decided to “dismiss the case” for the offenses that were at the source of the criminal complaint filed by the Democratic Party on 2016.

But, by doing so, the SCPO was breaching the law.

According to Article 329/a (and subsequent) of the Code of Criminal Procedure, the SCPO decision should have been sent for confirmation to Court. This did not happen.

In parallel to a legal trial, the SCPO should have notified the complainant, namely, the Democratic Party of Albania, who by law enjoys the right to attend the trial, to be acquainted with all acts and evidences, as well to be given copies of these documents.

The “dismissal” of File 184 for the criminal offense provided for in Article 333/a of the Criminal Code, is neither the responsibility of the Prosecutor following the File, nor of the General Prosecutor. This is a Court competence.

Following the SCPO decision, the only three active prosecutors of Dibra refused also to deal with File 184 citing among others, the existence of a conflict of interest as they were related to local suspects. Their refusal was overruled by Marku.

According to a final resolution dating 31st July 2019, the Temporary General Prosecutor Marku decided to accept the SCPO interpretation and “dismiss” File 184 without a Court Decision, while overruling the refusal of the Dibra prosecutors. In the end, File 184 will be investigated by the Regional Prosecutorial office of Dibra. There is a high risk they will order the destruction of the evidences (i.e.wiretaps) end eventually shut down and archive the whole investigation.

These recent moves appear solely to protect the involved SP senior officials, including PM Rama, from a thorough and independent investigation.

It should be noted as a conclusion, that all parties involved from the Prosecution side are in conflict of interest as :