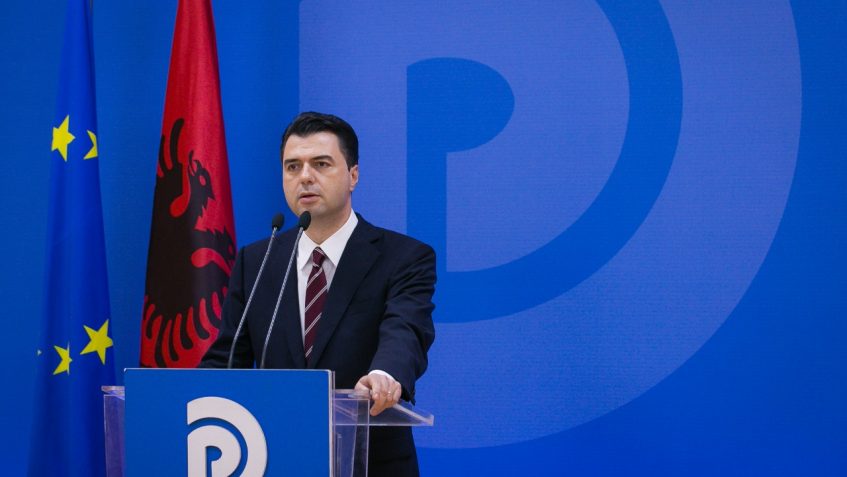 No elections will take place tomorrow in Albania.

Elections are the mechanism how people decide on the governance they want, but tomorrow people have no choice at all.

I know that many of you would have wanted, and were expecting that no farce voting would take place tomorrow either. That nothing would happen at all.

But the only way to achieve this, would have been through a violent way, which would have caused innocent lives to be lost, as well social wounds.

It could have brought only a false sense of momentary triumph, while leaving behind open wounds and unresolved problems.

I and all the Democrats, do not believe in the path of violence!

So today, I want to say to every democrat, and fellow citizen that did join our efforts :

Be proud, because we did a great service to Albania, without falling prey to the orchestrated violence by Edi Rama!

I am proud of your dignity, civility and courage!

Thanks to you, this regime has been lethally wounded and will soon collapse!

I know there many of you may think that autocrats such as Edi Rama, can only be removed by violence, that Edi Rama doesn’t understand any other language, except violence.

But I do not believe that violence is the solution.

I believe our strength lies in the justice of what we seek. It stands in our perseverance, patience and courage.

No political result, or political power emerging from violence, has brought anything good to peoples and governance.

Violence creates a criminal legitimacy for those who come to power through it.

I believe that violence on June 30, benefits none, except Edi Rama.

Not a single injury, not a single wound of any Albanian, is worth that.

Edi Rama’s end is coming by rejecting him.

His end is near because, above all, our efforts so far have been deeply European, profoundly principled and not driven by personal goals.

My primary responsibility and obligation, above everything else, is to serve the public interest, your interest, it is our people’s welfare. This interest comes above any party interest, above any personal interest.

Unlike Edi Rama, who, for his personal power, is ready to drive Albanians to fratricide tomorrow, I bear the responsibility for the life of every democrat, of every socialist and of every Albanian citizen.

So, regarding tomorrow I have only one call:

Don’t fall prey to the instinct of violence!

Don’t fall prey to the provocations of violence!

I urge you not to vote, to boycott!

If you are forced to go to polls due to this regime’s threats, resist! The regime is coming to an end! They can do nothing to you!

Raise up your voice in tomorrow’s protests, in the streets and squares!

In a peaceful manner!

Tomorrow is the day to reflect our will through our union, through a dignified resistance, through determination.
And without violence!

In this bad day for Albania, our strength comes from the values we reflect, from the principles we base our acts upon!

We want to be Europeans, and we have to behave like Europeans!
Tomorrow, and every day!

Let tomorrow be a clear contrast between the violence shown by the criminal autocracy in charge of these farce voting, and the dignity of a united people that challenges this regime.