Radio France International special report : “Is Albania becoming a narco-state in the heart of Europe? 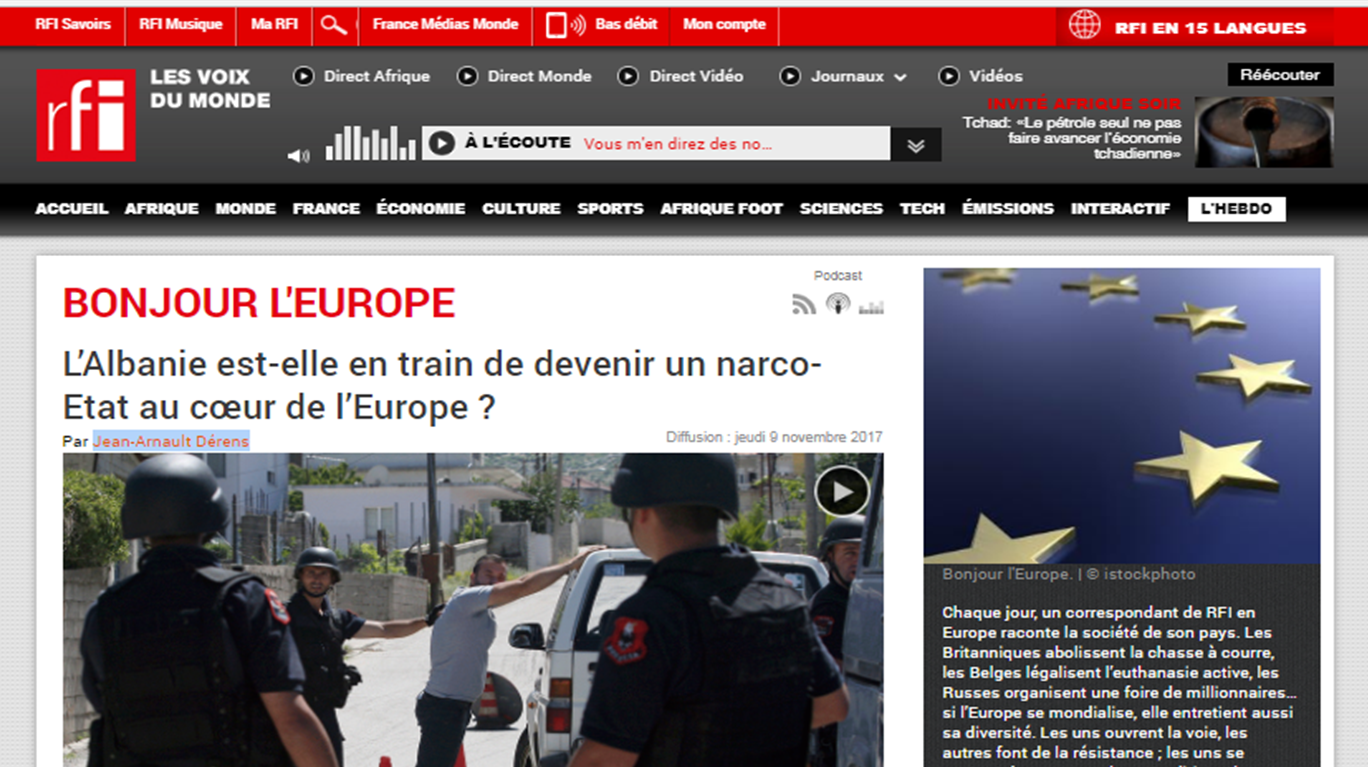 As cannabis production and trafficking have exploded in this country for a few years now, the United States and European countries have begun to exert increasing pressure on the socialist government of Edi Rama.

Albania has always been known for its cannabis production, but since Edi Rama came to power in 2013, the situation has changed in nature. Production, once concentrated in the south, is now spreading across the country, pushing back traditional agriculture. Farmers are abandoning their land, preferring to work in plantations, where they can earn 20 euros a day, a very good salary for Albania. This production is massively exported to Italy and, to a lesser extent, Greece. Not only would the police protect the production, but air and naval bases of the army would be used to export the drugs, the money of which, in turn, would finance the electoral campaigns of the Socialist Party of Edi Rama.

Right-wing opposition leader Lulzim Basha denounces a “cannabisation” of the Albanian economy, society and political life, and the fact is that Edi Rama seems more and more dependent on the leaders of narco-traffic. Twenty Socialist deputies have been convicted in the past for drug trafficking or are directly linked to it. At the end of October, the cousin of the former Minister of the Interior, Saimir Tahiri, was arrested in Sicily. The Albanian prosecution is demanding the arrest of the former minister, but Edi Rama and the Socialist Party are against it and have refused to waive his parliamentary immunity.

But other drugs are seeing their traffic increase. More and more, heroin and cocaine are coming from Turkey via neighboring Macedonia to be re-exported from Albania in ever greater proportions. It seems that the Albanian drug clans are taking over the markets long controlled by Serb or Montenegrin gangs all over Europe.

For a very long time, Western embassies in Tirana have turned a blind eye, even though Albania has for several years been negotiating membership of the European Union. Indeed, they did not want to put in difficulty Edi Rama, highly appreciated by the presence of his pro-European verb, and perceived as a guarantor of the stability of Albania and the Balkans. However, the scale of the phenomenon makes this position untenable. The latest reports of the Guardia di Finanza, the Italian customs police, are overwhelming, as well as the more confidential studies carried out by the police and the secret services of various European countries.

In recent days, the US ambassador to Albania, Donald Lu, has raised the tone, demanding “concrete results” in the fight against organized crime, but this message is unlikely to be heard. On October 30, the head of the Albanian secret service resigned: the man would not have endured the political pressures preventing him from investigating the traffics. The whole question is whether the flamboyant Prime Minister Edi Rama is still able to detach himself from the dangerous embrace of criminal circles and drug lords.

Jean-Arnault Dérens,
Published by RFI on Nov. 9, 2017
(Translated from french)