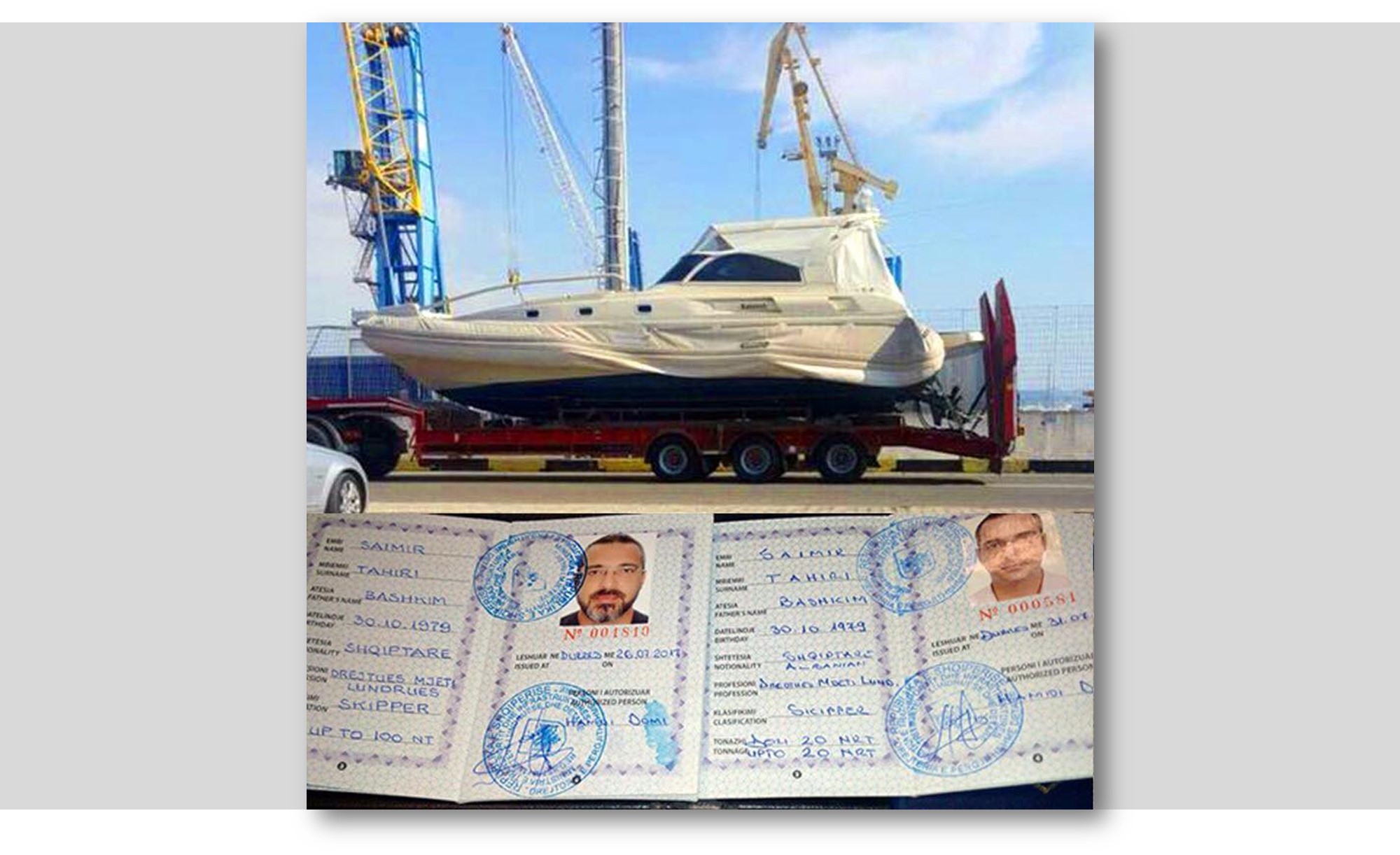 A recent arrest seems to lead to new findings on the criminal activity linked to Tahiri, while confirming Tahiri’s link to a speedboat and a yacht boat suspected of being used by the Habilaj gang in their drug trafficking to Italy.

The police arrested Mr. Orest Sota (25) after his refusal to stop his car at a police check-point on November 1st in Elbasan, south of Tirana, few days after the Tahiri scandal erupted. During the inspection of Sota’s car, the police found 863 000€ in cash and two original sailing licenses issued to the former Minister of Interior, Saimir Tahiri. As Police didn’t mention this arrest in their regular bulletin, the facts were made known to the public by DP Chairman Basha and as he accused current Minister of Interior Xhafaj and Police Genreal Director Çako of trying to hide the facts implicating Tahiri.

During the Police questioning, Sota declared that he owned the cash and that it was intended to pay a large bill to the Kurum steel company located near Elbasan. He also stated that he didn’t know personally Tahiri and that the sailing licenses were forgotten in his car by a friend who happens to be Tahiri’s personal driver.

While payment in these amounts are illegal and punishable, Kurum has reportedly stated to the prosecution that Sota is not among their customers and they run payments only via bank transfers

Sota, while denying to know Tahiri, appears on videos talking to him. His recently founded company has benefited a building contract by the Tahiri led Ministry of Interior on February 2017. Investigative journalists have also declared that it seems Sota owns an apartment at the same building as Tahiri in Tirana.

In addition, the discovery of the two original sailing licenses named after Tahiri (the first up to 20 tons, and the second up to 100tons) contradicts Tahiri’s public declarations that he has never owned any boat . A picture of what is known as Tahiri’s small sized yacht anchored in the Durrës harbour was made public following Tahiri’s declarations. The boat was taken away from the Durrës harbour on October 19th, just two days after the Italian wiretaps scandal erupted.

The Italian wiretaps show that the Habilaj gang was using Tahiri’s personal car (an Audi A8 model) for their drug trafficking activity. There are strong doubts that they also used Tahiri’s boat in order to transport drugs from Albania to Italy.