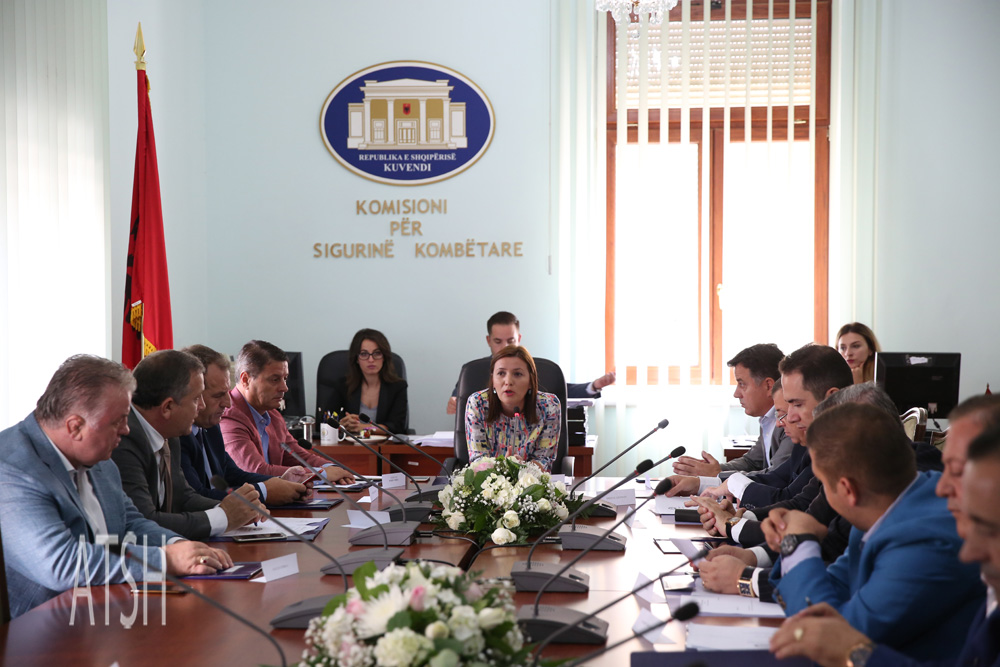 The threats came during a Q&A on the issue of military compounds being used to stock cannabis by governmental-backed criminal organizations and the switch-offs of military sea radars to facilitate cannabis traffics by boats.

Pjerin Ndreu (current ruling Socialist Party MP and former chief of Police officially dismissed for corruption charges) has been involved alongside with another socialist MP (with a renowned criminal past), in a physical assault within the Parliament premises against a Democratic Party MP, Gent Strazimiri, on July 2014. The opposition protests following this event led to the “Decriminalization” law and process.